Matsuo Basho, a Japanese poet well known for his clear and brief haiku, resonates the beauty and at the same time the sadness of nature through his literary works. Being the predecessor of this form of gnomic poetry, he arrayed the distinct elements as well as the characteristics of haiku. This is the heart of this lecture discussing Basho’s selected haiku, focusing on the examination of the fusion of the two elements such as heart/mind of the poem and its sincerity and directness. For Basho, the interweaving of these elements sums up the phrase mono no aware or the perception of the natural poignancy of temporal things. This idea is illustrated in some of his haiku.

Each one of us has his/her own perception of sadness: a death of a loved one, a sunset at the horizon or the changing of seasons—these are some instances which somehow purge our hearts and lead us to ponder about the ephemerality of life. Cliché adages have been said on the phenomenon of evanescence, that is, whatever we have right now will eventually soon fade away. According to Yasunari Kawabata, a Japanese novelist who won the Nobel prize for Literature in 1968, what is truly beautiful is sad because it is temporary. This pronouncement rings true especially in Japanese literature, specifically in their famous poetic form, thehaiku, which is consist of 17 moras in three phrases of 5,7,5 syllables, respectively.

Matsuo Basho, is known as the first great poet in the history of haiku. During his lifetime, Bashō was recognized for his works in the collaborative haikai no renga form; today, after centuries of commentary, he is recognized as a master of brief and clear haiku. His poetry is internationally renowned, and within Japan many of his poems are reproduced on monuments and traditional sites (www.wikipedia.com).

Sam Hamill, in his book The Essential Basho, explains the two fundamental principles underlying Basho’s poetics—kokoru(the heart/mind aspect of the poem) and makoto (sincerity, directness). The direct sincerity of Basho’s writings, seen in his spare yet elegant style, functions as an attempt to go right to the heart of things, to see the relationship between core and surface. But this core of reality is not some distant, abstract essence; it is insight into things as they are (a point also strongly emphasized by Robert Aitken in his book on Basho’s haiku, A Zen Wave). This insight is summed up by the phrase mono-no-aware, the perception of the natural poignancy of temporal things. Like the dropping cherry blossoms, we too will wither and die. This insight, crucial to Zen, leads us beyond simple attachment to temporal things, demanding the full experience of the present moment, here and now (http://epc.buffalo.edu).

Japanese poetry has many of the general functions that poetry has fulfilled in the West. It is used for messages between lovers (always with beautiful calligraphy), it solaces the warrior, it communicates with gods and spirits, it commemorates or immortalizes the passing phenomena of nature (Anderson ed.,1961). More so, in order for the haiku to serve its function, it must also juxtapose with the poet’s sensibility. Basho has concern for the heart of things in his haiku. Although most of his subject matters were about nature, it still suggested a good deal more than it said, such is illustrated in this poem,

As a single poem these lines are beautifully haunting and evocative, more so because of their ambiguity. Why are the birds crying out? Are these cries of joy or of sorrow? Are they celebrating or lamenting the passing of spring? Is spring even directly related to this crying, or is it simply functioning as contextual background? In either case, the idea of fishes’ tears being distinguishable from the water in which they swim is at once amusing and mysterious, engaging that mental twist of koan paradox. But consider this haiku in its prosaic context:

Very early on the twenty-seventh morning of the third moon, under a predawn haze, transparent moon barely visible, Mount Fuji just a shadow, I set out under the cherry blossoms of Ueno and Yanaka. When would I see them again? A few friends had gathered in the night and followed along far enough to see me off from the boat. Getting off at Senju, I felt three thousand miles rushing through my heart, the whole world only a dream. I saw it through farewell tears.
Now we see the haiku as a response to Basho’s sorrow at leaving his friends for his pilgrimage. The crying of birds and fish presents a sympathetic fusion of Basho and his world—his sorrow is so great that tears form even in the eyes of fish. This fusion, occuring on many levels, is perhaps the most striking element of Basho’s travelogues.

Also, nature serves the poet by providing a concrete object to draw out his emotions and a setting to intensify them;

On a withered branch
a crow has settled—
autumn nightfall.

Two shades of darkness are presented here: the small, precise body of the crow against the amorphous darkness of an autumn evening. Aesthetically, the lines evoke a gloomy scenario. The sight of withered branch and a crow signifies a concrete representation of a downtrodden emotion which may symbolize the uncertainty of life, and even death.

The great Basho, when told of a poet who had mentioned all of the famous eight views of Lake Omi in a tanka, managed to do the same in a haiku by mentioning the sound of the temple of Mii-dera and then saying that mist hid the other views. This is intellectual gymnastics. Since Japanese language is rich in homophone, it is therefore possible to use a common noun which is also a place name which evokes the image of a place where some event, legendary or historical, took place. Thus, the miniature haiku can have, in various ways, suggestions of meanings which increase its profundity. To reiterate Hamill,

The direct sincerity of Basho’s writings, seen in his spare yet elegant style, functions as an attempt to go right to the heart of things, to see the relationship between core and surface. But this core of reality is not some distant, abstract essence; it is insight into things as they are (a point also strongly emphasized by Robert Aitken in his book on Basho’s haiku,A Zen Wave).

Again, grief as a pervading emotion, Basho illustrates an experience with a very strong sense of sadness,

In this poem Basho records that in thinking of the bygone glories of the site; he was moved to tears remembering the fortress where a hero and his retainers were killed.

The heart and the mind and its sincerity and directness serve as essential condiments in writing a haiku. The poet must possess natural sensibility in order to see beyond the surface. S/he must be moved by details and must appreciate nature in all its violence and serenity. This is the role of the poet/writer—to find beauty and capture it into works of literature. As a classic example, Basho wrote haiku to remind us that everything is temporary. The beauty that surrounds us will eventually fade and wither.
Thus, Japanese poets like Basho and even the contemporary novelist Kawabata write literary pieces that deal with sadness, specifically the insight termed as mono no aware. Kawabata believed that “in the Japanese language the word ‘sadness’ is related to the word ‘beauty.’ According to Ueda,

In traditional Japanese aesthetics, “pathos” referred to an emotional impact that emerged when a person was confronted with an immense cosmic power and was sadly made aware of the mutability of human life (Teodoro citing Ueda, 17).

The was old having the premonition of death. May we be reminded that happiness is still man’s ultimate goal in life. But as we journey, we learn that in order to achieve that goal, inevitably, we have to encounter sadness. Basho’s haiku speak of life as a “double-edged sword.” We find beauty both in sadness and in happiness. Thus, Basho imparts to us his wisdom through this haiku,

On a journey, ill,
and over fields all withered, dreams
go wandering still.

One thought on “The Sadness in the Beautiful: The Concept of Mono no Aware in Basho’s Haikus” 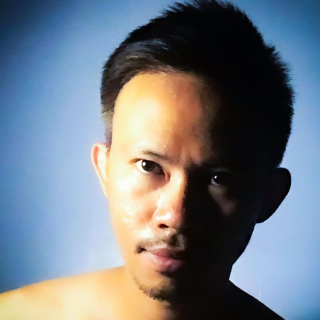 Elsed Togonon is a blogger and a linguist-at-large. During his spare time, he surfs the net, reads books, doodles whatever his hand dictates him. And if he has enough dough in his pocket, he watches plays and musicals as he is a theater enthusiast. Above all, Elsed is a poet. Although he seldom writes poetry, deep in his heart and soul, metaphors linger there. he is comfortable writing in Kinaray-a, the language of his beloved hometown Antique. His literary works (poems, short stories and essays) are published in journals, local newspapers, and anthologies. recently he published his first collection of poems, Saringsing, published by Kasingkasing Press. Follow Elsed on Facebook Page: https://www.facebook.com/mickisgrit Twitter: http://twitter.com/estogonon Instagram: http://www.instagram/estogonon YT Channel: Micki's Grit Virtual Classroom